Tilly Sproule is Australia’s top female barista and is using her position on the dais to not only connect coffee drinkers with the origins of their favourite brew, but also to encourage more barista sistas to join her on the national stage, where they can really let off some steam.
“I remember the first Ethiopian coffee I had tasted like a blueberry muffin and I needed to know why the coffee tasted like this, why did it not taste like coffee, I was blown away by the flavours and needed to know more.”
Tilly Sproule talks about coffee with an effervescence I’ve never experienced before. I love coffee, and consider myself quite an aficionado, but Tilly takes it to a whole other level. As we chat, her eyes beam and her smile widens; she’s truly found her passion (or is she just really caffeinated?).
“I do drink a lot of coffee,” she laughs. “There is a lot that we taste for quality reasons and for palate training and development. I sit down to enjoy two to three a day but that doesn’t count all the other coffee we’re tasting, then if it’s a sampling or cupping there are little slurps here and there. So I couldn’t put a number on it, I’d be scared to!” 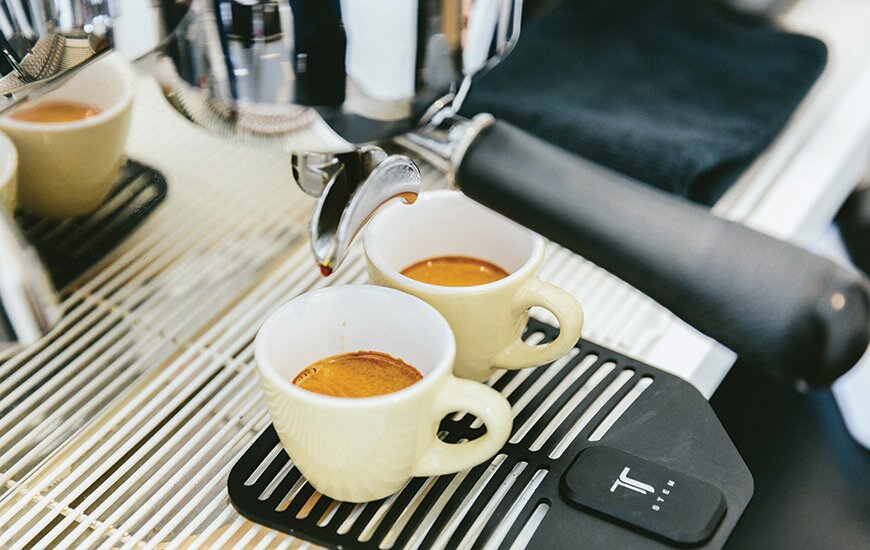 Tilly’s coffee adventure started 10 years ago when she was a full time uni student in Brisbane, studying urban and regional town planning at UQ and working at a coffee franchise in the city.

“I fell in love with the fact I was somewhat responsible for changing someone’s day and I really loved that customer service side of things, more than the coffee at the time,” she says.

“I’m all for equality, but to empower women in coffee has been really powerful, to encourage everyone that there is more to coffee than pushing a button, texturing a jug of milk and making someone’s day.

“There are a lot of women behind the scenes, from baristas to our coffee producers who are doing great things, but it is interesting that they’re not on the pedestals; the CEOs of big coffee companies and roasters are males. I really believe we have a touch that the males don’t have, we have something a little bit more personable, more gentle and graceful about what we do and we all do it for different reasons.
“I want to keep pursuing to the top and maybe one day be the world barista champion. We saw the first ever female World Barista Champion crowned in Amsterdam in June, and the last female Australian Barista Champion was in 2005!”
For someone with such a profound knowledge and appreciation for coffee, I’m keen to know – How do you take your coffee?
“Nothing beats that indulgent standard flat white, a single shot. It’s a harmonious balance between espresso and milk and it’s so comforting and dessert-like; beautifully textured milk and amazing espresso extraction, that cup is a treat,” she says.
“But I’m also partial to a long black because black coffee is so complex. Hot, it has a very different quality to cool, so I love to drink a long black over the space of an hour and let flavours develop as it cools – let it open up and aerate it, oxidise it, and like wine; swirl it in the glass.”

Why does specialty coffee have different flavour profiles; like blueberries, apricots and jasmine?

There are hundreds of different varietals of coffee. With wine you have shiraz, merlot and pinot noir, these are all types of grapes, so coffee has its own variety, there’s bourbon, caturra, geisha and the flavour is going to stem from what variety of cherry it is. Then there is the soil condition, climate, altitude, and how ripe the cherry was at picking. Then how is the fruit removed from the seed? The processing of the coffee impacts the flavour and draws out different qualities depending on whether it’s a natural process (the whole cherry is dried in the sun and absorbs all the sugars) or washed (coffee is pulped, fermented and cleaned quite vigorously), then you also have to roast the coffee and develop those qualities and take it to a certain degree where all of that hard work from the farm is exposed in the espresso. Then it comes down to the barista; we need to follow a recipe to ensure we get the best result in the cup doing justice by the pickers, producers, farmers, roasters and everyone in between, to serve coffee at its full potential for our customers to enjoy.